The Diary of a Teenage Girl has opened at Southwark Playhouse. The play, directed by Alexander Parker and Amy Ewbank is adapted from Phoebe Glöckner’s graphic novel by Marielle Heller and what starts out as a light-hearted and viscerally frank insight into the life of a 15 year old girl evolves in to an emotion journey with a warning that still resonates beyond the play’s retro 1970s setting.

The central character,  Minnie (Rona Morison) is an aspiring comic book illustrator and her drawings suffuse the play, realised here with the use of projections. Nina and her team animated, embellished and supplemented Glöckner’s within the video design. 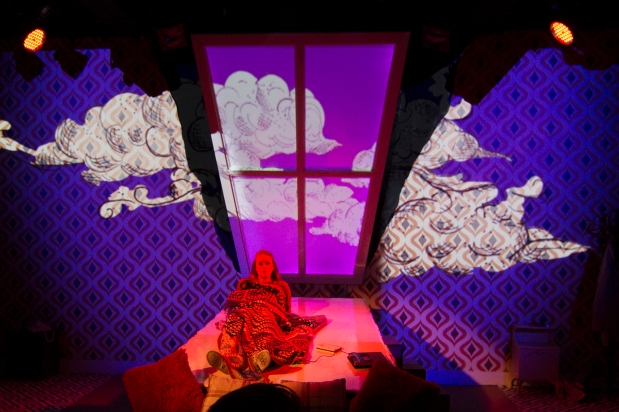 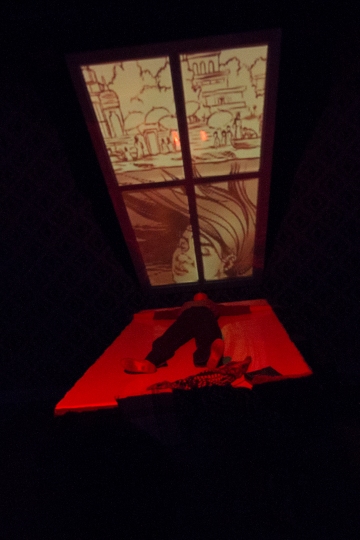 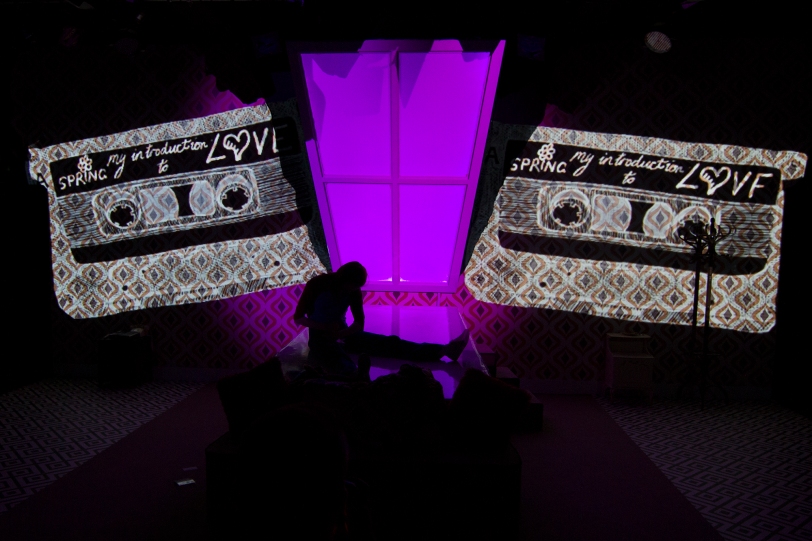 Video also teamed up with lighting on numerous occasions. The play presents many challenges within its episodic format and the characters on stage are often described to be in different locations from one another whilst on the phone or in imagination so Nina threaded in a code of colour that saturated the wallpaper to help outline the narrative in these instances. This was off-set by the use of naturalistic gobos also provided by projection in the more grounded scenes when Minnie is at home. Moments of action that were described as filmed in the script were also staged with the cast instead and we used projected textures to suggest the filmic nature of the excerpts. And we also had some fun during the LSD trip! This teamwork has garnered her and David Howe (and by extension his associate, Jai Morjaria) an Off West End nomination for best lighting. 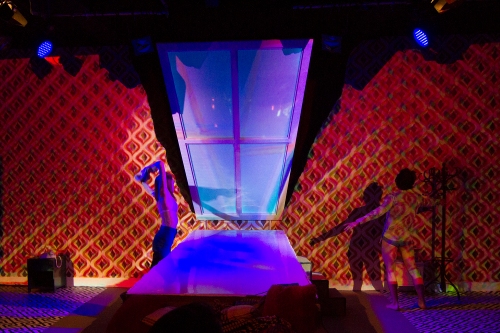 The show has been extremely well received. Here are a few quotes that mention the projections:

Special mention must go to Nina Dunn, the video designer whose projections add hugely to the production. Splashed across the back wall, her animations turn the bed into a bath, caption the scenes with cassette titles, and depict Minnie’s graphic illustrations. The strongest moment is when, during Minnie’s experimentation with acid, the perfectly synchronised projections make the 1970s wallpaper crawl and pulsate.

The kitsch 1970’s wallpaper is overlaid with ingenious video projections, by Nina Dunn, which bring Minnie’s drawings to life as well as giving context to the action.

Alexander Parker and Amy Ewbank’s colourful, fluid production – the gloriously garish period design is by Andrew Riley – lulls us into a false sense of security with cute projections and blasts of period music.

Minnie is a keen artist, creating her own comics, and this aspect of her life is cleverly incorporated into the show by way of projections (Nina Dunn) on the back wall. They aren’t overused, so retain their impact at regular points throughout the show.

[…] it’s a smouldering, pulsating, wonder of a show. There’s virtually no need to say any more than that – it’s perfect as it is. And that is the point of really, really good theatre – it is as worthy and brave as it is entertaining.