Nina and her team have provided projections for Harold Pinter’s play, No Man’s Land, directed by Sean Mathias and starring Sir Ian McKellen and Sir Patrick Stewart, that opened in Sheffield in August ahead of a sold out UK tour and a limited run at the Wyndham’s Theatre in the West End. 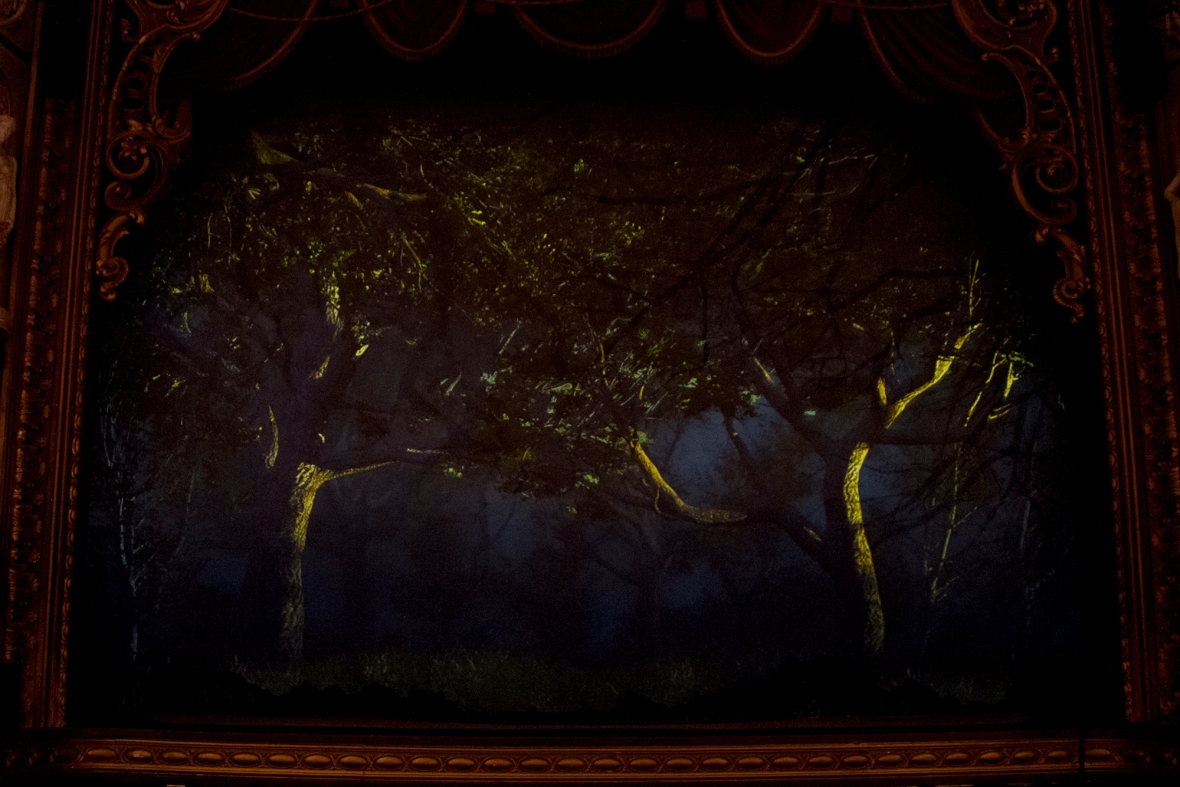 There’s a primal power to Sean Mathias’s staging of this absurdist work (returning to the site of its 1975 premiere), with projection designer Nina Dunn’s whispering trees conjuring dark fairy tales as our introduction to this strange land.

Stephen Brimson Lewis’ elegant, gestural but timeless set was completed by the projections that situate the action among the trees of Hampstead Heath. Working alongside Stephen and with Nick Nenov, her 3D animator, Nina conceived a scene comprising of a host of photo-real 3D generated trees, foliage and backgrounds.

The ‘kit of parts’ approach is crucial in theatre and enabled her to create the right composition for the setting and change and control the light quality and direction and the movement of the branches to support the narrative during the play. It also meant that 4K film quality content could be turned around quickly during technical rehearsals as required, promoting openness to the evolution of ideas rather than preventing it.

The result is a hyper-realistic setting that can change nature and occasionally cross the threshold of the surreal as much and as suddenly as the characters do on stage. It supports the telling of a story that continually proves itself to be not quite what it seems.

The set design by Stephen Brimson Lewis is startlingly lovely when you first step into the auditorium of Wyndham’s Theatre — a pastoral scene at twilight, oak trees and distant silver birches in a settling mist

The rig consisted of one 12,ooo Lumen projector and five 8,000 lumen projectors run from a Catalyst Media Server. Emily Malone was the production Video Engineer and Video Programmer.

The play was awarded ‘Best Revival’ in the 2016 Evening Standard Awards and Stephen and Nina have been nominated for a Broadway World UK 2016 award for Best Set Design for a New Production of a Play or Musical for the play’s design.

All that is nicely caught in Stephen Brimson Lewis’s design in which the luxurious prison of Hirst’s Hampstead home is seen in the context of swaying trees which gradually take on an icy coloration as the play reaches its terminal stages.

…an outstanding video projection designed by Nina Dunn. A wood, realistic in every detail, with leaves rustling in a breeze, dissolves to reveal a circular room in a plush country house. It’s a stunning device – reminiscent of the opening of Dante’s Inferno

…incredible projections designed by Nina Dunn, a stunningly beautiful backdrop of trees is created firmly cementing than this is a country estate in the height of summer.

The set was beautiful yet simplistic, with the outside world just lightly peeking through the top, swinging trees and rain adding that touch of extra quality to the show.

The room […] is set against a wooded area which is cleverly projected onto the backdrop.